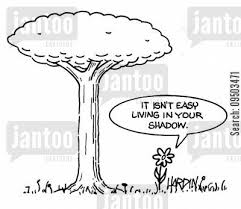 Recently I had a conversation with a person very close to me who said,

That statement was to have a profound effect on how I had viewed myself for the best part of, if not all of my life !!

The conversation took place at a recent book launch where I had a small piece included in the book. The book is called “A BITTERSWEET KIND OF BEAUTIFUL”.

This book included a sample of stories and poems written by a number of patients (of which I was one) in St Patricks Hospital for Mental Health in Dublin Ireland.

I come from a family of nine (9) four of whom received local, National and International recognition for the various things they achieved in their lives.

As I was the youngest in the family the age gap between them and me ranged between 15 years and 10 years, but nevertheless I was identified as their brother and was therefore it was expected that I too would also reach their standards, and yes in my mind I was convinced I at least had to try !! but the more I tried the harder it became and the more I tried and failed it became even more harder as I was to accept the ridicule of others, this was a cloud which was to hang over me for most of my life.

During the past number of weeks I have been receiving a therapy called Cognitive Behavioral Therapy (CBT). This therapy helps to make people look at the decisions they made during their lives whether they were good or bad, whether they were right or wrong. I was asked to explain why I made those decisions and what affect those decisions had on my life. I was asked TO LOOK AT MY COMPASSIONATE MIND, i.e. was there any self gain; was it made to help others by way of a job; or to help those in my community who were worse off than me. But no it was neither of those things, it was about me, it was me trying to live up to a standard that I was never going to achieve. My only regret is that I did not do this years ago, as by trying to live up to the standards of others it almost destroyed my own life, as it destroyed my confidence and self esteem and worth, which led to anger with members of my family.

But having said all this I always think I am one of the lucky ones as I had the support and love of my own wife and four children who bestowed unconditional love and support in the most difficult of times .

I no longer live in those shadows but happy to realise my own success and that of my children.

So for me the people who would have looked down me, are now looking up to me, because over the years I found a thing called

Compassion for self and others, the most important gift you can offer to others around you